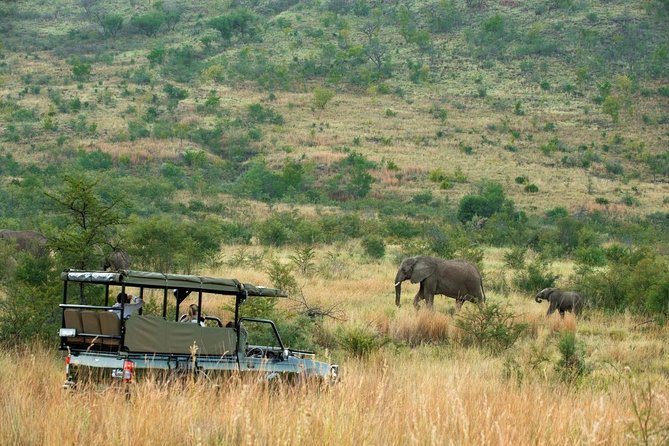 Kwa Maritane Bush Lodge is located in The Pilanesberg National Park, the fourth largest National Park in Southern Africa covers an area of 58 000 hectares and is less than 2 hours’ drive from Pretoria / Johannesburg. Encircling this unique area are four rings of hills; a geological fascinating alkaline complex produced by volcanic action some 1,2 billion years ago.  The Park boasts healthy populations of lion, leopard, black and white rhino, elephant and buffalo – Africa’s Big Five.  There is a wide variety of rare and common species.  A few of the endemic species that may be seen here are the nocturnal brown hyena, the fleet-footed cheetah, the majestic sable, as well as giraffe, springbok, zebra, hippo and crocodile.  Bird watching is excellent with over 360 species recorded.